This Online Training Portal Is Exclusive
For QUALITY ELDERLY CARE Employees Only. 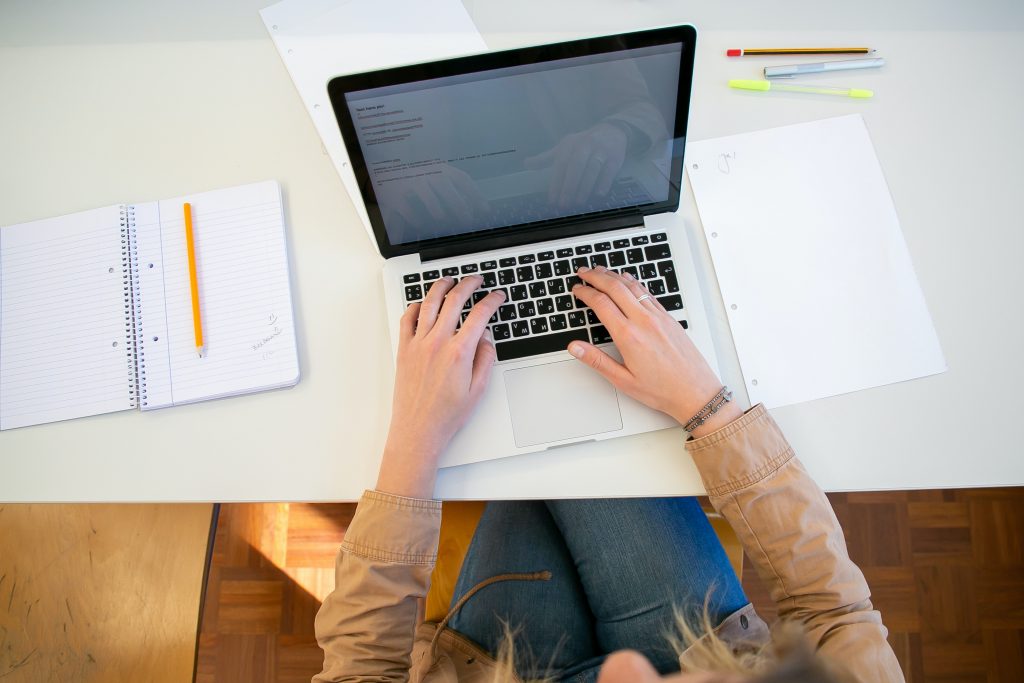 California law mandates that certain individuals report known or suspected instances of elder or dependent adult abuse. Failure to do so is a crime. Senate Bill 2199 (Chapter 946, Statutes of 1998) broadened and redefined “abuse of an elder or dependent adult,” expanded the definition of “mandated reporters” and added “abandonment, isolation, financial abuse, and neglect” to the list of reportable crimes.

To provide staff with the definition and legal responsibilities of mandated reporters. California law requires that mandated reporters follow specific requirements for reporting known or suspected cases of abuse to the proper authorities.

1.  Who is a Mandated Reporter?

California law states that: “Any person who has assumed full or intermittent responsibility for care or custody of an elder or dependent adult, whether or not that person receives compensation, including administrators, supervisors, and any licensed staff of a public or private facility that provides care or services for elder or dependent adults, or any elder or dependent adult care custodian, health practitioner, or employee of a county adult protective services agency or local law enforcement agency is a mandated reporter.”

A “care custodian” is defined as an administrator or an employee of a public or private facility who provides care for elders and dependent adults as part of his or her official duties, including support and maintenance staff.

Therefore, all health practitioners and all employees in a long-term health care facility are mandated reporters.

2.  Legal Responsibilities of a Mandated Reporter

Individuals employed in long-term health care facilities have a legal responsibility to help assure that all residents in the facility are protected and kept safe from harm.

In summary, the reporting requirements are as follows:

An employee SHALL report a known or a suspected instance of abuse if he or she:

In other words, if you are a mandated reporter and you:

You are required to make a report

These certain individuals are not required to report an incident, where all of the following conditions exist:

Remember: Every individual that has knowledge of an incident that appears to be abuse, must file a report.

The reporting requirements for mandated reporters as outlined on the previous page are found in the California Welfare and Institutions Code, beginning with Section 15630.

Even if you have reasonable doubts or concerns, it is best to err on the side of caution and the law and file the report.

Like other forms of abuse, elder and dependent adult abuse is a complex problem and it is easy to have misconceptions. Abuse can occur in many forms and in varying degrees. It can range from acts of physical harm to neglect or mental suffering.

To provide staff with the definitions of physical abuse, neglect, abandonment, financial abuse and isolation and to provide examples of each form of reportable abuse.

Staff need to know that even subtle actions on their part may violate the law and result in prosecution by law enforcement agencies. There are many ways that caregivers, either intentionally or unintentionally, may cause harm to residents.

“Abuse of an elder or dependent adult” is defined as the following:

“Physical Abuse” means any of the following:

The following descriptions are not necessarily proof of abuse, but they may be clues that a problem exists. Signs that may indicate someone has been a victim of abuse may include:

“Neglect” means either of the following:

Neglect includes, but is not limited to, all of the following:

The following descriptions are not necessarily proof of neglect, but they may be clues that a problem exists. Some signs that indicate a resident has been a victim of neglect may include:

The desertion or willful forsaking of an elder or a dependent adult by anyone having care or custody of that person under circumstances in which a reasonable person would continue to provide care and custody.

A facility takes a group of residents to an afternoon play, or other public location. A resident wanders away and the group returns to the facility leaving the resident unattended.

“Financial Abuse” occurs when a person or entity does any of the following:

“Isolation” means any of the following:

The following descriptions are not necessarily proof of isolation, but they may be clues that a problem exists. Some signs that indicate a resident has been a victim of isolation may include:

“Goods and Services Necessary to Avoid Physical Harm or Mental Suffering” include but are not limited to all of the following:

“Resident-to-Resident Abuse” means when one resident in a facility abuses another resident in the facility in any way. The abuse can be physical, mental or financial.

As with all other forms of abuse, resident-to-resident abuse is illegal and must be reported.

Every mandated reporter within a long-term health care facility is required to make a report of known or suspected abuse.

Reporting of abuse or neglect is an individual duty and a facility employee does not satisfy his or her reporting obligations by simply making a report to another employee or facility administrator.

Reporting abuse is an individual duty.

Mandated reporters are required to report incidents of known or suspected abuse in two ways:

The telephone number of the local Long-Term Care Ombudsman is usually posted in a conspicuous location in every facility. Certain long-term care facilities are legally required to post the number in the following four locations:

A phone report may also be made to the local law enforcement agency, for example, the local city police or county sheriff’s department.

After a report is made by telephone, reports of known or suspected abuse are to be documented on the SOC 341 Form and sent within two (2) working days of the telephone report. Reports are to be sent to either the Office of the Long-Term Care Ombudsman or other responsible agency as identified on the General Instructions portion of the SOC 341 Form.

The SOC 341 Form is generally referred to as a “cross-reporting” form simply because it is the form used by one individual (or agency) to document and refer a case of suspected abuse to another agency for investigation.

Every facility has copies of the SOC 341 Form and the facility shall make these forms available to all employees upon request. SOC 341 Forms require the following information:

Other details, as required

THE FOLLOWING IS AN OVERVIEW OF THE IMPORTANT INFORMATION THAT MUST BE PROVIDED WHEN FILLING OUT THE SOC 341 FORM:

The victim is the individual who has allegedly been abused in some way. The victim does not have to participate in the mandated reporting process. There may be one or more elder or dependent adult victims involved in the suspected abuse. Make sure the victim information is complete.

This section identifies the individual making the mandated report. A mandated reporter is not responsible for verifying claims, incidents or cases of abuse. A reporter may indicate whether they waive their right to confidentiality, but that is strictly a personal choice. Otherwise, the only individuals who will have or use the information will be the investigative or enforcement agencies receiving the report.

This section states where the incident occurred, for example a nursing facility or community care facility.

This section should include whether there are clear physical signs of abuse or the victim discloses abuse and is able to identify the type of abuse, or if the reporter has witnessed an incident of abuse. Otherwise, the reporter must simply use his or her personal discretion and reasonable judgment in an attempt to identify the specific kind of abuse that may have occurred using his or her knowledge of the definitions of the various forms of abuse outlined earlier in the training. The investigative agency will ultimately determine and legally define the specific type(s) of abuse, if the abuse is substantiated.

Reporter’s Observations, Beliefs and Statements by Victim if Available

The reporter should be as complete as possible in providing details, observations, and any other important information. For example, any bruises, burns, cuts, sprains, bedsores, malnourishment, dehydration or other physical or psychological symptoms of abuse or neglect. It is also important for the reporter to include any specific behavior of the victim or statements made by the victim.

Family Member or Other Person Responsible for Victim’s Care

This section pertains primarily to individuals receiving care from a relative or paid in-home caregiver. Within facilities, the reporter should attempt to list the name of the individual identified as the resident’s contact person, if known. There is a check box provided if the individual listed is a contact person only.

The reporter may not have the exact name of the individual or individuals that may be responsible for the abuse or neglect. However, the form allows the reporter to check a box if the suspected abuser is a care custodian, health practitioner, etc.

This indicates if the report was sent or faxed to the Ombudsman or law enforcement agency.

This section is used by cross-reporting agencies to track the case status. These agencies can also choose to provide and exchange information with each other for possible licensing or enforcement actions.

If an individual making a report needs help completing the SOC 341 Form, he or she may call the Long-Term Care Ombudsman for information and assistance.

WHO INVESTIGATES REPORTS OF ABUSE?

State investigations of known or suspected instances of abuse, neglect, isolation, abandonment or financial abuse in a long-term health care facility are the responsibility of:

Division). Both of these agencies are charged with investigating complaints against facilities that are alleged to have violated any state or federal regulations that govern those facilities.

Federal agencies also have strict laws and regulations governing abuse and neglect of long-term health care facility residents. The U.S. Department of Health and Human Services has three agencies that deal with issues involving complaints of abuse or neglect within facilities. The federal government is concerned about the quality of care that residents receive because a majority of residents have that care paid for by federal programs, such as Medicare. These federal agencies also look into complaints made by or on behalf of residents in an effort to ensure an environment that is free from abuse and the use of unnecessary restraints.

Under California law, mandated reporters who fail to report known or suspected instances of abuse are guilty of a crime.

To educate all staff that there are strong penalties for anyone who fails to report elder or dependent adult abuse. Individuals who fail to report will be prosecuted. Mandated reporters are also protected by law and are guaranteed certain confidentiality rights.

Mandated reporters have a legal obligation to report all known or suspected cases of elder or dependent adult abuse. Because of this, there are strong penalties for anyone who doesn’t report.

Reports of suspected elder or dependent adult abuse and the information contained in those reports shall be confidential and may be disclosed only to the following:

The identity of all persons who make a report will be confidential and disclosed only among the following:

Any violation of these confidentiality provisions is a misdemeanor, punishable by up to six

Back to YLD Main Page
Take The Test 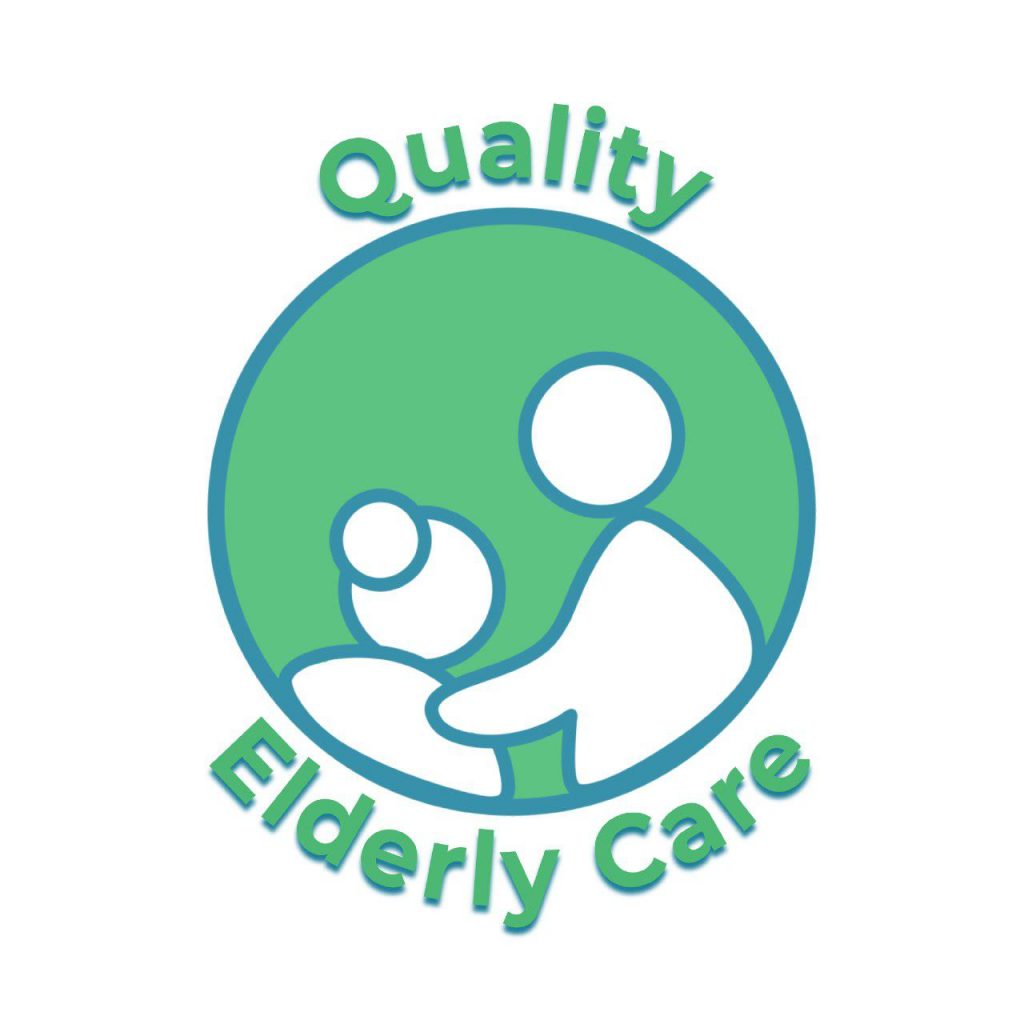